Dubrovnik, a city of 43,000 on the southern Adriatic coast of Croatia, was founded in the 7th century BC. This beautiful, historic town is where King’s Landing in the TV series, Game of Thrones is set. Fortified walls are perched upon the glistening deep blue sea. Cobble stone paths weave their way through town. It’s rad.

What’s not so rad is that the town was attacked in the Yugoslav wars in 1991. The seige lasted 7 months with over 100 civilian deaths and much damage to the historic old town which can still be seen today.

Do the walk on top of the wall.

This is a must. The best way to look down on the town and take in the spectacular surrounding views. It’s about 2kms long so about an 30-45 minute walk, dotted with bow and arrow windows and other cool stuff. 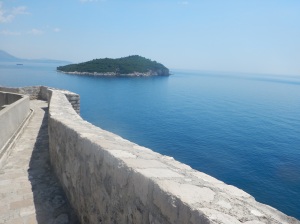 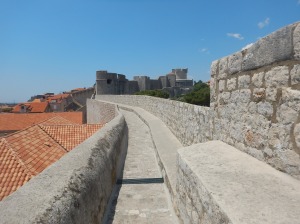 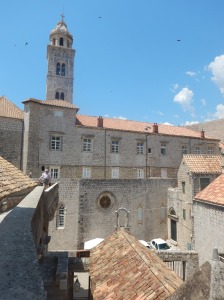 Do a three island day tour of Kolocep, Sipan and Lopud.

There are heaps of different companies that offer a day cruise to three different islands. Each island you stop for a couple of hours and go to amazing beaches. Was a bit of a booze cruise too. With my mum. She took advantage of the free wine for sure.

On the island of Sipan you can take a golf buggy to the other side of island and lounge on the beach.

I walked up this beach a bit and “ooh hello” there was an old codger sunbathing with his old codger out. Basking in all its wrinkle glory. Stretched out on his lounge chair he even did the old Sharon Stone Basic Instinct trick in front of me. It was horrific. I sped to the water and tried to wash away the filth imprinted on my mind. 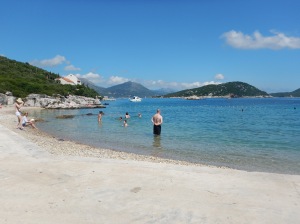 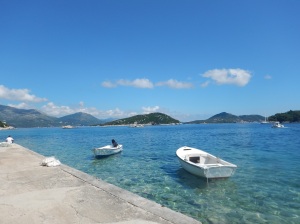 You can also hire a kayak for a paddle in the place you arrive in Sipan.